Course finished - all kind of projects

Arduino course is now finished and I hope that I will write here again some day. Here are some projects our course did.

First on is push-up counter. It uses ultrasonic sensor to detect how close the doer is. Then it counts the amount of push-ups to the digital screen. It can be restarted with button. Simple, but works. No idea if someone needs this or not ? 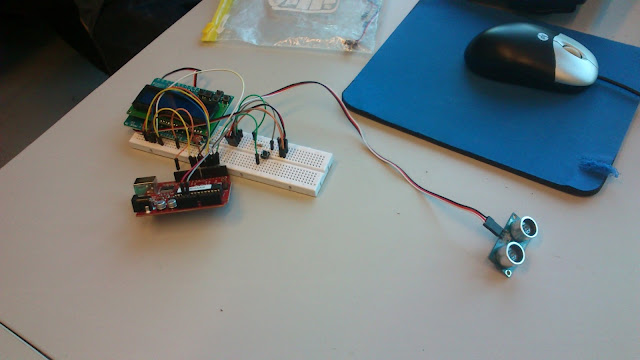 Second one is some kind of watch tower or big brother tower. It turns 180 degrees and scans the area. If it detects movement, it stops and turns a led light on. The original idea was to make kitchen lights turn on and off automatically. 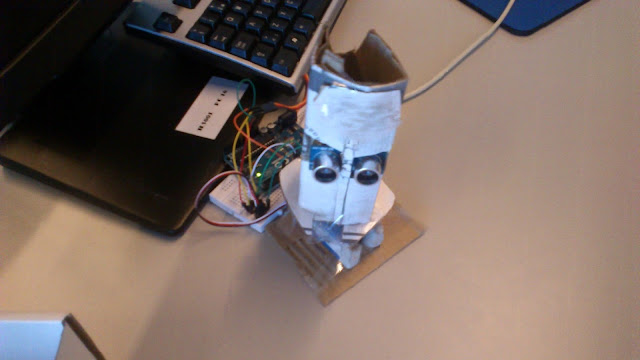 Third one was interesting. A robot hand. It is made of plastic bottle and cardboard. Every finger is connected to one servo motor with a thread and when it moves the hand "grabs". The hand-guy first tried to make a 3D print of hand but it failed because software incompatibilities. 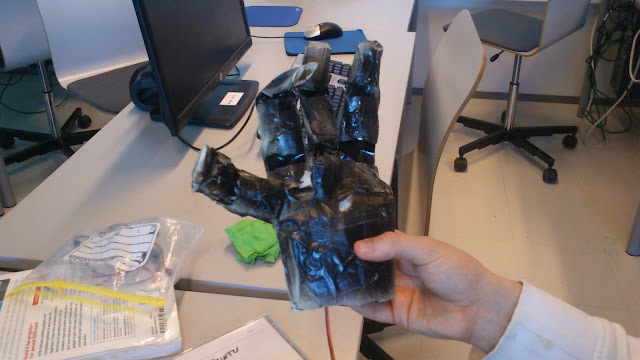 Last one was a flashlight button tester. It can be set to push forever the flashlight button, it tests if the light turns on and if not it calculates it as error. It didn't save any log file yet but it was under work. Very useful tool for flashlight producers i'd say. 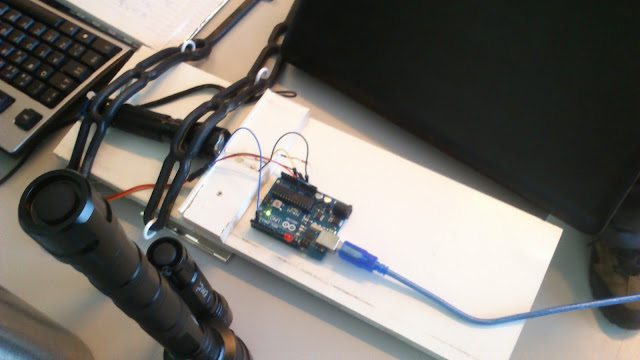